Karen helps organizations cut through the generational biases and get back to reality by leveraging their team’s strengths, enriching the work environment, and driving better results. Each of her presentations brings a realistic perspective on workplace trends, employee engagement while offering actionable content.

Social media has introduced a new way to communicate emotions with memes. Millennials and Zoomers (Generation Z) are into this form of communication, and a recent Boomer meme is stirring up a lot of controversies. For those of you who aren’t familiar with memes, it’s a piece of media, often humorous, that spreads rapidly through the internet. Think of a meme as a cultural expression that spreads according to how well it imitates some aspect of culture that we deem worthy enough to spread. Right now, the Boomer meme “OK, Boomer” has gone viral.

“Ok, Boomer” has become Zoomer’s dismissive, eye-roll response to older people (Boomers), who just don’t get it. It’s Zoomer’s (and maybe the Millennials’) way of releasing their frustrations on a previous generation who doesn’t see the world and what’s wrong with it as they do. 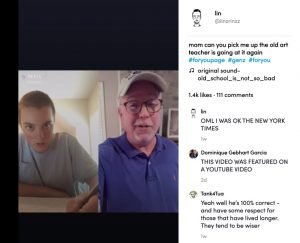 The Boomer meme and phrase “OK, Boomer” took off in a viral audio clip on TikTok (a popular Zoomer video-sharing app). In the video, a white-haired Boomer wearing a baseball cap is talking about how young people want to live in a utopian society where the government takes care of all their needs. He goes on to say that utopia isn’t sustainable and they need to grow up. To which the young Zoomer replies in a handwritten sign, “OK BOOMER”.

Then BOOM!!! It escalated when Chloe Swarbrick, a 25-year-old Millennial, New Zealand parliamentarian, was on the floor of parliament giving a speech about the climate crisis. During her speech an older colleague began heckling her. What could she say to counter his age and experience and gravitas? She did not miss a beat and said, “OK, Boomer,” and continued on with her speech. His authority diminished, killed by two words that Generation Z, Millennials, and Gen X now use to cut down, who they believe to be, out-of-touch Boomers.

Thousands of teens have responded through remixed videos and Boomer memes with a simple phrase: “OK, Boomer.”

Why a Boomer Meme?

“The children now love luxury; they have bad manners, contempt for authority; they show disrespect for elders and love chatter in place of exercise. Children are now tyrants, not the servants of their households. They no longer rise when elders enter the room. They contradict their parents, chatter before company, gobble up dainties at the table, cross their legs, and tyrannize their teachers.” —Socrates

We are living in a time of great polarization—left vs. right, Democrat vs. Republican, and young vs. old. Gen Z sees a world with rising inequality, unaffordable college tuition, climate crisis, and political polarization all exacerbated by the internet. Young people feel that the Boomers are selfish by hoarding power and money. Gen Z worries that they will bear the cost of the Boomers’ healthcare, social security, and the environmental crisis. Zoomers claim their hands are tied and feel frustrated because they can’t directly influence policy or their future.

Many Boomers, sounding very much like the man in the Tic Tok video, feel that Zoomers are delicate snowflakes who melt under the slightest pressure. They want Gen Z to toughen up, try harder, and stop whining. And they especially want them to dig in and pay their dues.

I have to laugh that many of my Boomer friends are shocked and sad to discover that Gen Z does not trust and maybe even has an intense dislike of Boomers.

My generation of the Woodstock Era are the same people who lived by the motto, “Don’t trust anyone over the age of 30” and listened to The Who sing, “hope I die before I get old.”

The truth is we Boomers are not all bad people!

We, Boomers, made great strides and did some things right, such as protested as well as fought in the Vietnam War, began the Civil Rights Movement, the Women’s Movement, and pushed for LGBTQ rights. Many of us were great parents who gave our children freedom and a place to grow and learn.

So, where do we go from here? Honestly, I know for a fact Gen Z is not reading this blog or any other, and they are not listening to NPR discussions on this topic. I guess I need to figure out what they listen to, right? Because somewhere there has to be a place for dialogue. A place for coming together with actual conversations. Both Boomers, Millennials, and Zoomers might be surprised to learn that the majority of all the generations share the same desire to solve America’s racial, economic, and environmental problems. 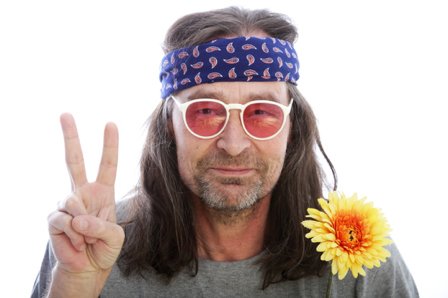 “Ok, Boomer” is an easy way to dismiss people you don’t agree with. Actually, in many ways, it’s a coward’s way to avoid a desperately needed conversation that we must have in order for our world to survive and thrive.

So, in the end, who’s really losing out?

Understanding Gen Z: They Are Not Young Millennials

Understanding Gen Z: They Are Not Young Millennials