A few weeks ago I was on a conference call with the committee  that selected me to be their opening speaker at their annual conference.  My topic: Bridging the Generation Gap – Passing the Torch! They shared with me that their leadership team, comprised of mostly Baby Boomers, was close to retirement.  It was time for Generation X  to take over the leadership reigns. The Boomers were worried–the X’ers were excited!

Gen X ‘s leadership style and their perceptions are very different from the Boomers. The legacy they leave behind will change the world forever. To get a better understanding of the Gen X psyche, let’s go back and discover what makes them tick.

Generation X: There Will Never Be Another!

The term “Generation X” was coined by Douglas Coupland, author of the 1991 book Generation X: Tales for an Accelerated Culture. As with most generational labels, “Generation X” is a somewhat negative term. For Coupland, the letter “X” signified the generation’s random, ambiguous, and contradictory ways.

The kids from this generation were the children born during a time of shifting social and family values, as well as a challenging economy, and major technology advances.

Boomers, also called the “Me Generation,” enjoyed deep self-actualization. For many, their focus was less on their children and more on themselves–and their careers.

Gen X kids grew up in harder times than the Boomers. Between 1979 and 1995, roughly 43 million jobs were lost due to corporate downsizing. Newly created jobs paid less and offered fewer benefits, and stagflation appeared. In economics, stagflation happens when the inflation rate is high, the economic growth rate slows, and unemployment remains steadily high.

Many families needed more than one income to survive and women reentered the workforce to provide the extra income. The challenges in the American economy combined with other social changes (including “the pill”, feminism, increased levels of education) revolutionized the American family.

A new trend was occurring: American couples began to marry later, have fewer children, and divorce more frequently. In 1973, when “the pill” went on the market, most Americans lived in traditional “nuclear-style” families. The average married couple had three to four children, and mothers stayed home tending to the family. By 2000, the average family had shrunk to two children (that’s why this generation is so small), and one out of two marriages ended in divorce. Almost a third of American children were raised by a single parent or an unmarried couple. This further contributed to the profound changes in family dynamics. 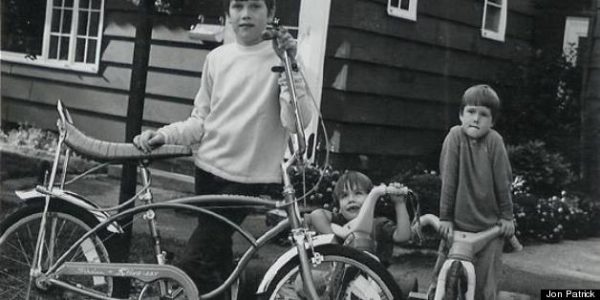 Kids had lots of freedom back in the 70s and 80s. They played outside! They had wheels—their bikes—and they got to roam and ride all day until the streetlights came on at night. More than likely, this childhood freedom will never happen again. Helicopter parents have entered the building!

The term “Latchkey Kids,” a name created by Boomers, referred to children and young adults who came home from school to an empty house because mom was working. The kids of this era received a great deal of responsibility. Most kids often had a list of chores waiting when they got home from school–empty the dishwasher, plug in the crock pot, do your homework, and help your siblings with theirs, fill the ice cube trays, set the table, and don’t make a mess.

The responsible Xer did get many of the items on the list done, but only after hours of watching MTV, listening to the radio, and making mixed-tapes to share with their friends.

Now let’s pause for a moment.

If you were born between 1964 and 1979 and your mom did not work and you did not have lots of independence, you may be more like a Boomer than a Gen Xer. The same goes for Boomers. No matter what your age, if your mom worked while you were left alone to be independent and more personally responsible, you may relate more to Gen X.

Back to Gen X

Parents and teachers did not coddle this generation. Gen X saw first hand that their parents were human and fallible. They often found themselves giving their parents advice and comfort. Autonomy and self-reliance, rather than respect for authority, were natural byproducts of the Generation X childhood.

Looking back on this generation, it is possible to conclude they may be the last generation of children and young adults to grow up with freedom, independence, and the luxury to try (and sometimes fail) different things on their own. 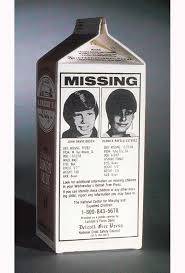 X’ers grew up seeing lost children on milk cartons and taking their carefully inspecting their Halloween candy because a neighbor may have slipped a razor blade into their Milk Duds. While watching TV, a voice announced, “This is your brain,”. After which an egg was cracked into a frying pan. Then the voice exclaimed, “This is your brain on drugs!”

They also grew up in an era when many of the sacred institutions (churches, schools, government) fell apart or let them down. Gen X’ers saw corporations like Enron and WorldCom crumble, leaving their employees with empty pension funds. They witnessed the spaceshuttle Challenger explode in real-time. And watched Heisman Trophy winner, O.J. Simpson crouch in the back of his white Bronco while his friend drove down a Los Angeles freeway.

Here are the dates for memorable events that squelched their ability to blindly trust, while adding to their skeptical nature:

“Never confuse having a career with having a life,”

Can We Have a Little Balance?

Generation X entered the workforce when the Boomers were in their prime, and early on there were not many areas for this generation to flourish—except, of course, in technology!

Because many Gen Xers learned independence early in life, this attribute turned out to be a valuable trait and Xers progressed in their work and in the world. As writer Mary Donohue proudly writes in her Huffington Post article,

“Gen X is your bread and butter. They have worked through more recessions than their parents or grandparents ever did. Most often they are executive leaders who are on the cusp of becoming the C-class, but aren’t thriving in the workplace. The closer these workers get to 55 the more their knowledge becomes invaluable to your organization and to your customers. They are your intellectual capital.”

Because many Gen X’ers had early contact with the “real world,” they are highly self-reliant and positioned to take on leadership in all organizations—corporate, non-profit, and community. As a whole they are serious about meeting commitments, have a strong sense of purpose, and are highly resilient. Gen X is the generation who wants options/choices since they don’t want to be cornered into just one single way of doing something. They are innovative, creative, and insightful. In an era of disruptive thinking, these qualities position them for great leadership. Gen X values new ideas and “out of the box” thinking.

As leaders today, they must help organizations become more collaborative. They must continue to ask great questions and get others excited and engaged. They must embrace complexity, continue to seek new answers, and create new disruptions. And they must keep up their need for authenticity, purpose, and mission in the workplace and world.

Keynote Speaker, Karen McCullough helps organizations cut through the generational biases and get back to reality by leveraging their team’s strengths, enriching the work environment, and driving better results. Each of her presentations brings a realistic perspective on workplace trends, employee engagement while offering actionable content.